Applying for an ESTA with a Criminal Record

Can you get an ESTA with previous criminal arrests or convictions? 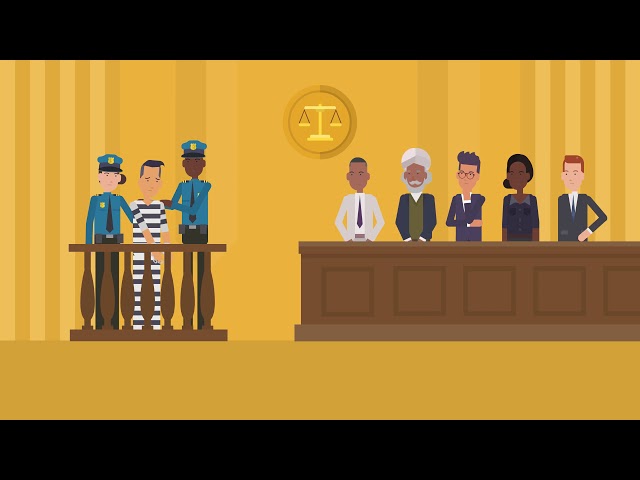 Applying for an ESTA with a Criminal Record


Yes, an ESTA can be obtained with a criminal record, however getting an ESTA approved will depend on the nature of the crime, the age of the offender at the time as well as the date the crime took place. No matter where the crime occurred in the world, an arrest, caution or conviction must be declared on an ESTA, where relevant, or U.S. visa application.

Travelers with a criminal history that are planning applying for an ESTA to enter the United States often overlook the subtleties of the eligibility questions on the application form. The ESTA eligibility questions cover various circumstances of an applicant’s history. These questions are intended to capture possible security risks of an applicant. The two eligibility questions that receive the most amount of discussion on the ESTA form are related to arrests and convictions involving moral turpitude. Moral turpitude is considered morally depraved or vile behavior that goes against the accepted standard and sentiments of a community. These two questions are as follows:

“Have you ever been arrested or convicted for a crime that resulted in serious damage to property, or serious harm to another person or government authority?”

This question relates to criminal convictions and arrests that result in serious damage to property, or serious to harm to another person or government authority. Examples that would be considered serious include, but are not limited to:

“Have you ever violated any law related to possessing, using, or distributing illegal drugs?”

This question is clearer in that it specifically asks if a law has been violated related to the possession, use or distribution of illegal drugs. However, some cross-border inconsistencies may complicate an applicant’s answers. For example, legal use of a controlled substance, such a medical marijuana in an applicant’s home country, is still considered illegal usage of substance under United States federal law even though several states have legalized its use. Applicant’s will need to determine if their usage of an illegal drug should warrant a ‘Yes’ answer to this question, which will likely result in having their ESTA denied. Ultimately, if not convicted of a drug related offense, the answer to the question is more about the applicant’s honesty as Customs and Border Protection (CBP) may not be able to verify the drug violation.

Can you travel with a drug conviction?

Obtaining an ESTA with an illegal drug conviction would entail answering ‘No’ to both the questions on criminal history and illegal drug usage. However, consider that answering ‘No’ to having violated laws related to possessing, using or distributing illegal drugs would be untruthful if you have received a conviction for the stated activities in the question related to illegal drugs. If your ESTA application is denied, you can still apply for a B-2 Tourist Visa or a B-1 Business Visa and have the opportunity to clarify the circumstances around your convictions on previous drug possession or usage.

Can you travel on an ESTA with a drink driving conviction?

A single instance of driving under the influence of alcohol is not considered a crime of moral turpitude according to U.S. rules on establishing good moral character. However, if an applicant is a habitual drinker with multiple drinking violations, or has committed a crime as a result of drinking that has caused serious damage to other individuals or the property of another person or government authority then they could likely answer ‘Yes’ to the question on criminal history on the ESTA form.

Can you travel on an ESTA with an assault charge?

If the assault has not resulted in serious injury or damage to an individual or their property, then the applicant can likely answer ‘No’ to the question regarding criminal history if it most accurately reflects their circumstances.

Can you travel on an ESTA with a suspended sentence?

A suspended sentence is essentially a conditional judicial punishment which is enforced if further crimes are committed. An ESTA applicant’s responses would not change to the eligibility questions on criminal history and drug possession or use with a suspended sentence. If an applicant’s conviction is not considered as a crime of moral turpitude then it may be likely the answer to the question on criminal history can be entered as ‘No’.

Can you travel on an ESTA with a spent conviction?

United States visa and immigration laws do not recognize the Rehabilitation of Offenders Act, thus if a conviction is considered spent in the UK, or any other country with similar arrangements for convictions, applicants must consider their convictions on the ESTA form only if they resulted in serious damage to a person, a person’s property or the property of a government authority.

Can you travel to America on a good behaviour bond?

This question is asked by Australian travelers. A good behaviour bond is a non-custodial sentence where if no further crimes are committed, the offender is spared jail time after a set period. Potential ESTA applicants will need to truthfully answer the questions on the nature of their criminal history, as well as drug possession and usage history. Therefore, having a good behaviour bond does not technically change the circumstances of an ESTA applicant, however, if an ESTA is denied, having a good behaviour bond would help establish Good Moral Character (GMC) when applying for a U.S. visa.

Can you travel to America without an ESTA or a visa?

What if I just lie on my ESTA application?

If CBP discovers you lied on an ESTA form, your application will be denied within 72 hours of submission. Furthermore, you will likely have your ESTA denied even if it was previously approved. In many situations, your ESTA may be approved and then denied without notice or explanation. CBP reserves the right to revoke an ESTA at any time. ESTA applicants waive their right to an appeal of a denied travel authorization as part of applying to enter the United States under the Visa Waiver Program.

Getting an ESTA with a criminal history requires different considerations based on the circumstances of the applicant. Always answer the questions to the best of your ability and in a manner that is aligned with the truth. If you are denied an ESTA, you may still be eligible to apply for a U.S. visa. Visit getting a U.S. visa with a criminal record for more information.