Traveling to the U.S. while pregnant

Some recent U.S. policies have made it difficult for foreign nationals traveling to the United States during pregnancy to gain “birth right citizenship” for their child. According to figures from the U.S. Centers for Disease Control and Prevention, about 10,000 babies were born in the United States to foreign nationals in 2017. In January 2020, the U.S. Department of State (Bureau of Consular Affairs) issued new rules allowing embassies and consulates to refuse applications from pregnant women for B1 and B-2 visas if they believe the reason for visiting the U.S. is to give birth in the country for “birth tourism” purposes.

Many airlines already have policies restricting travel later in pregnancy. Most carriers allow traveling up to the 36th week although some may have an earlier cut-off date. The rules vary amongst the carriers and may also depend on domestic or international travel. Women traveling to the United States when pregnant must also meet immigration requirements. 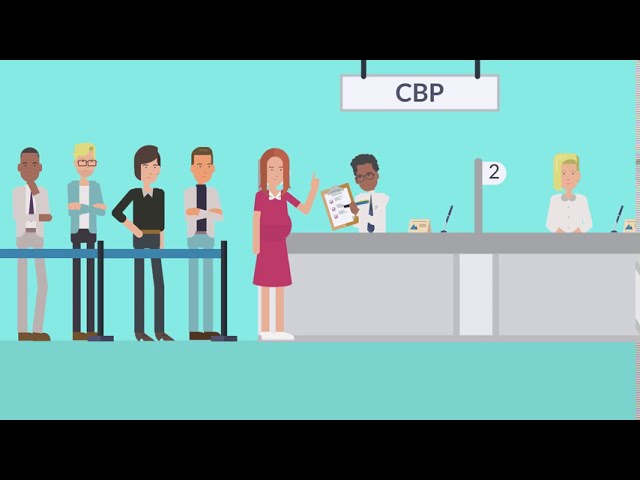 Traveling to the U.S. while pregnant

What are U.S. immigration laws on pregnant travelers?

United States immigration laws regard pregnancy in the same way as other medical conditions. This means that if you enter the U.S. on a B-2 visa, you must have private health insurance or sufficient funds to pay for any medical care you might need. Giving birth in the United States can be costly. For example, a straightforward birth without any complications can cost around $10,000 USD.

What are the recent changes to visa regulations affecting pregnant travelers entering the U.S.?

In January 2020, a significant amendment to visa regulations came into force. The new rules restrict the approval of B-2 tourist visas to pregnant women. The aim is to prevent the practice of traveling to the U.S. to give birth so that the child can automatically obtain United States citizenship.

Will the changes affect all pregnant travelers?

The rule changes do not affect anyone in the process of seeking a green card (permanent lawful residence) or temporary non-immigrant visas such as H-1B employment visas, F-1 academic, and M-1 student visas. People traveling to the U.S. on previously obtained visas are also exempt, as are citizens of countries participating in the Visa Waiver Program.

Under the new restrictions, a woman applying for a B-2 visa whose due date falls during the period for which their visa is valid will be deemed to be traveling to the United States with the intention of obtaining citizenship for their child. To obtain a visa successfully, a pregnant woman will now need to demonstrate a valid reason for visiting or proof that they will return before the due date. If they have any documentary evidence to support their case, it will be required at their visa interview.

Will the rules make it harder to obtain a U.S. visa for pregnant travelers?

It is still possible for a pregnant woman to be granted a tourist visa for medical treatment in the United States, for example, if specialist care is needed. The applicant will need to show that a U.S. physician has agreed to provide the required treatment and that they have sufficient funds to pay for any procedures or care.

How will pregnant travelers be pre-screened before boarding a flight to the United States?

International airlines are responsible for paying your return travel if you are denied entry into a destination country. Thus, airlines pre-screen passengers to determine if they meet the destination country’s entry requirements. If the airlines fail to complete these checks, they may be fined heavily.

If a woman is visibly pregnant, she might be asked for documentation proving that she will return before the due date or that she has the means to pay for medical care in the U.S. Airlines are concerned about the risks of a woman going into labor during a flight and also about the problems of arranging an urgent return flight for her if entry is denied.

How will pregnant travelers be screened on arrival at a U.S. airport?

On arrival at a U.S. airport, pregnant women are screened by Customs and Border Protection (CBP) officers. CBP may question the pregnant traveler’s ability to pay for medical costs associated with giving birth in the United States. The closer she is to her due date, the more closely the CBP officers will focus on her financial status.

For example, if you are 24 weeks pregnant and are planning to stay in the United States for a couple of weeks, you will probably be allowed to enter, especially if you have visited in the past and respected the conditions of your visa. On the other hand, if you are 32 weeks pregnant and plan to stay for three weeks, the risk of going into labor during that time is higher so CBP will require proof that you have adequate medical insurance or can pay for medical treatment.

CBP pre-screening also takes place in Toronto and some other foreign cities with CBP pre-clearance. This means that U.S. immigration screening has taken place before you board the flight to the U.S.

How will pregnant travelers be screened on arrival at a U.S. land border?

CBP take the same factors into consideration when a pregnant woman enters the U.S. at a land border. They are more likely than the officers at airports to see pregnant travelers who are close to their due date because women in the later stages of pregnancy would probably have been refused permission to fly by their airlines. At land borders, a woman might state that she wants to enter the U.S. just for a day, to visit relatives, or for shopping.

If CBP officers a land border deny entry to a pregnant woman, they have fewer concerns about detaining and then repatriating her, because most travelers arrive by car and can be processed quickly.

What are the potential long-term consequences of entry to the United States being denied because of pregnancy?

Being denied entry to the U.S. during pregnancy can have significant consequences.

For these reasons, if you are planning to travel to the U.S. in the later weeks of pregnancy, it is essential to ensure that you can either pay for any medical care yourself or that you have sufficient health insurance to pay all associated costs. The consequences of not following CBP’s guidance or U.S. immigration law when traveling while pregnant can have lasting consequences on a travelers ability to enter the United States.